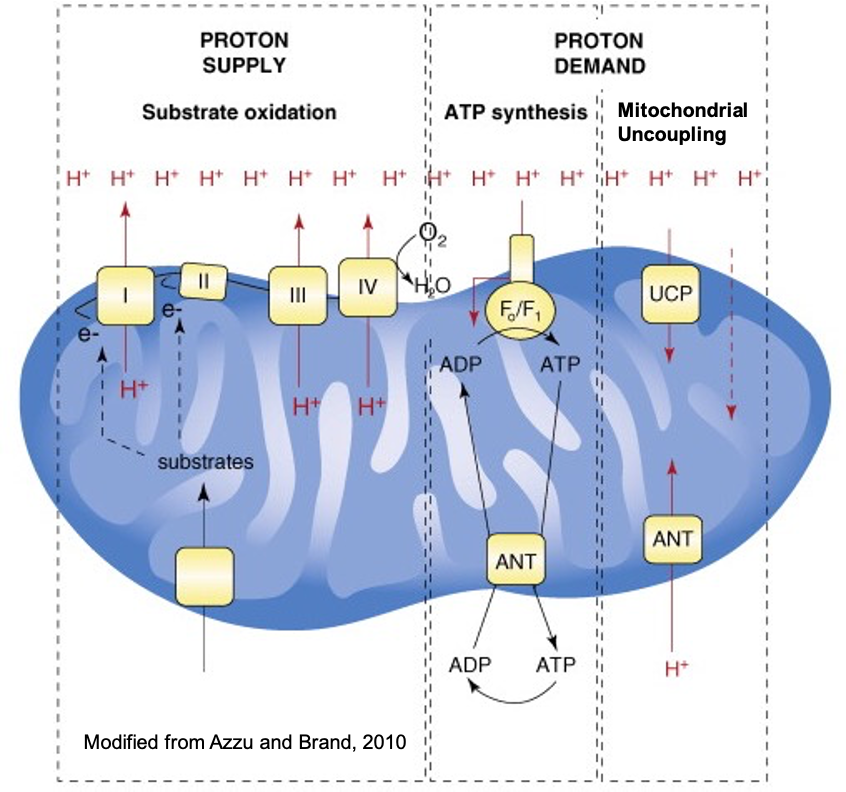 In most other tissues, mitochondria are more rarely uncoupled, and when they are uncoupled, they carry a smaller H+ current across the IMM.  However, because this “mild” uncoupling occurs in the majority of tissues, it may have a significant impact on thermogenesis, body weight, healthy metabolism and reproduction potential.

Recently, it was demonstrated that mild mitochondrial uncoupling is mediated by Adenosine Nucleotide Transporter (ANT) proteins. These proteins’ primary function is to transport ATP out of the mitochondrial matrix, but when activated by chemical uncouplers, they also allow H+ ions to pass through, thereby uncoupling the mitochondria – reducing the IMM potential and slowing  the synthesis of ATP. In humans and mice, there are several ANT isoforms, and human ANT4 is exclusively expressed in sperm.

ANT4 has been previously recognized as an excellent contraceptive target, and we aim to activate its uncoupling function, thereby draining sperm of energy and making them unable to find and fertilize an egg. This approach may lead to the creation of unisex contraceptives with fewer side effects than were found in previous attempts to target ANT4.

You can login using your social profile
Install social plugin that has it's own SHORTCODE and add it to Theme Options - Socials - 'Login via Social network' field. We recommend: Wordpress Social Login
or